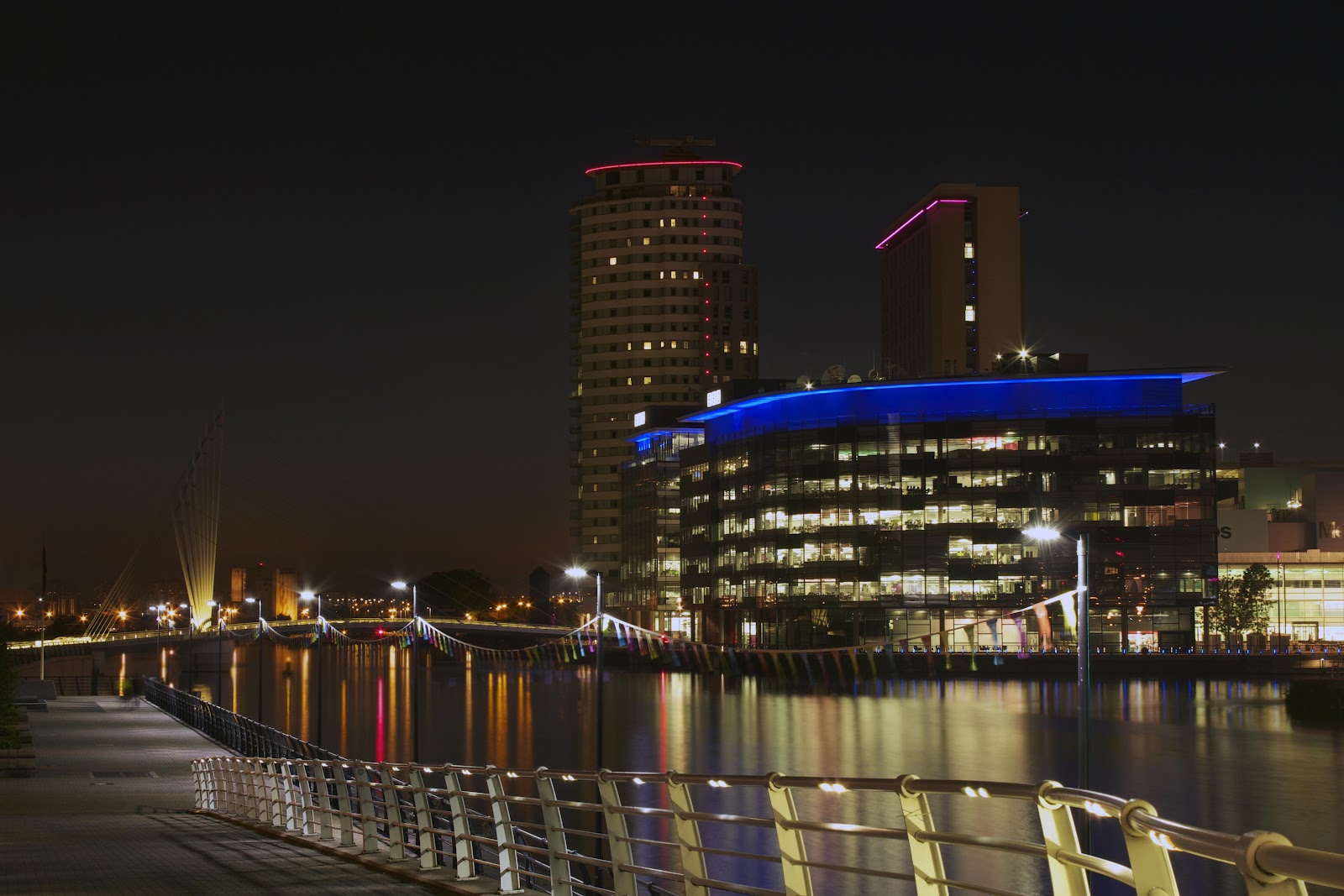 Although the task of supplying Trafford Wharf with an energy-saving alternative to its 150w globes was relatively simple, we were honoured to have the opportunity to re-light such an impressive development.

Iconic structure such as the Lowry footbridge, the Imperial War Museum and BBC Media City already grace the former Manchester Ship Canal, transforming the area into a visual kaleidoscope of architecture, heritage, leisure and enterprise.